"Exploring Marrakesh: A Brief History and Tips for Experiencing the City Like a Local"

Welcome to the Destination Morocco podcast, where we explore all aspects of Moroccan culture, history, attractions, and activities. Our goal is to help travelers plan their trips to Morocco and experience the country like a local. In this episode, we will be discussing the history of Marrakesh and how to explore the city like a local. Our guest is Youssef Kharoubi (eps 3), the founder of Marrakesh Tour Guide.

Youssef was born and raised in Marrakesh, and he has a deep love for the tourism industry. He attended school in Marrakesh and later worked for a travel agency, guiding Japanese tourists around the city. Youssef then spent six years living and working in Japan, teaching English at a private school. After returning to Morocco, he became a tour guide and has been sharing his knowledge of Marrakesh with visitors ever since.

Now, let's dive into the history of Marrakesh. As Youssef mentioned, there are four Imperial cities in Morocco: Fes, Meknes, Marrakesh, and Rabat. Marrakesh was founded in 1062 by two Berber dynasties, the Almobabits and the Almohads. The Almohads eventually took control of the city and made it the capital of Morocco. However, the capital was later moved to Fes in 1230, and Marrakesh fell into obscurity for two centuries.

It wasn't until the 16th century that the capital was once again moved to Marrakesh, where it remained until 1912, when the French colonized Morocco and the capital was moved to Rabat. Despite no longer being the capital, Marrakesh remains a major tourist destination and relies heavily on both the tourism industry and agriculture for its economy.

Marrakesh is known for its rich history and vibrant culture, and there are countless attractions to explore in the city. One of the most iconic landmarks is the Koutoubia Mosque, which was built in the 12th century and is the largest mosque in Marrakesh. The mosque is known for its beautiful minaret, which is decorated with intricate patterns and stands tall over the city.

The Jemaa el-Fnaa is another must-see attraction in Marrakesh. This bustling square is the heart of the city, and it is filled with street performers, food stalls, and souvenir vendors. It is a great place to soak up the local culture and people watch.

So, how can you explore Marrakesh like a local? One way is to visit the markets, which are a crucial part of Moroccan culture. The markets, or souks, are a labyrinth of narrow streets filled with stalls selling everything from spices to textiles to jewelry. It is a great way to immerse yourself in the local culture and perhaps even pick up a few souvenirs.

Another way to experience Marrakesh like a local is to visit one of the city's many gardens. Marrakesh is home to several beautiful gardens, including the Jardin Majorelle and the Jardin Secret. These gardens are peaceful oases in the midst of the busy city, and they offer a chance to escape the hustle and bustle and relax amidst the lush greenery.

Finally, consider trying some traditional Moroccan cuisine. Moroccan food is a blend of various cultural influences, and it is known for its delicious and aromatic dishes. Some popular Moroccan dishes include tagine, 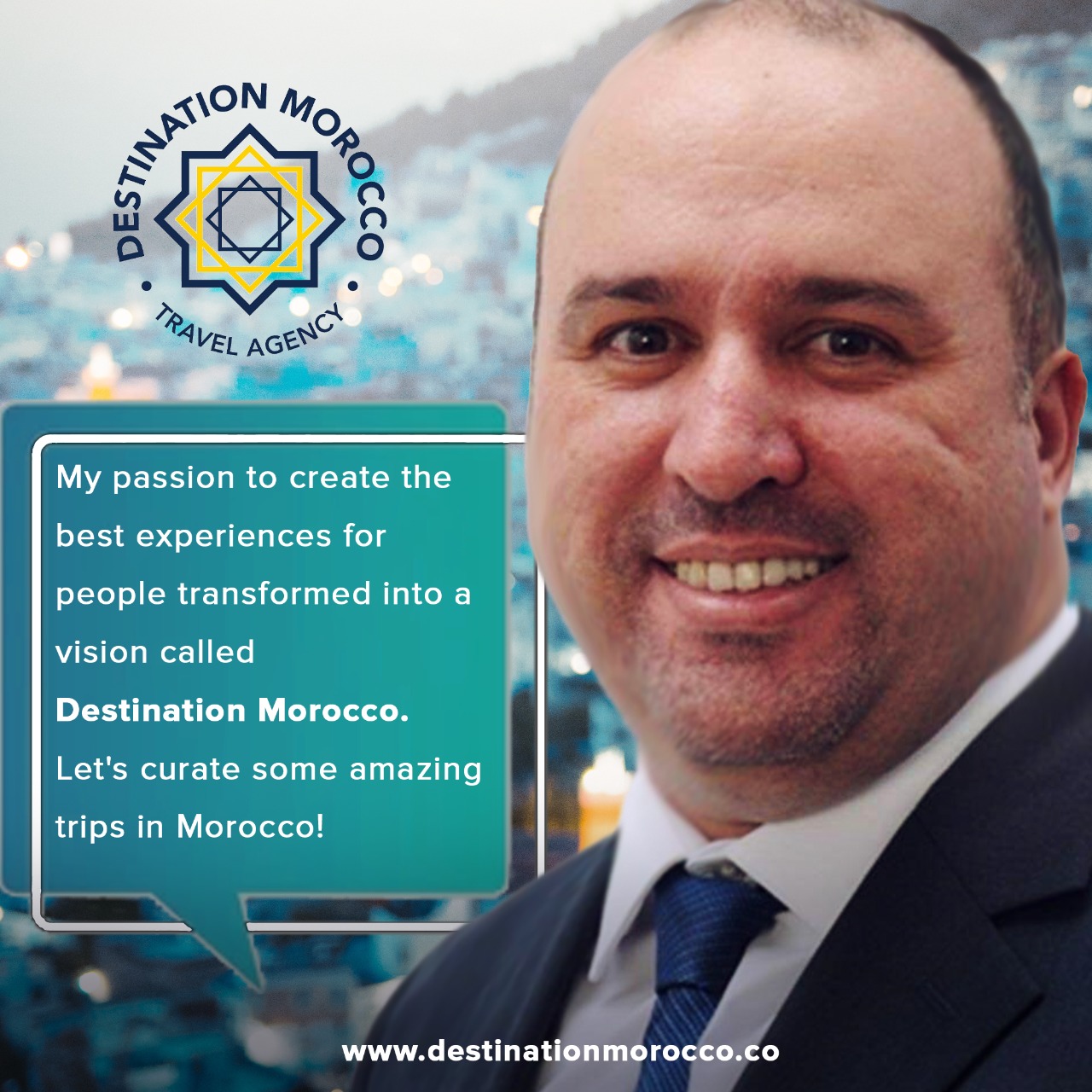 My name is Azdean Elmoustaquim and I was born and raised in the Imperial city of Marrakech, Morocco. My family hails from the small village of Telouet, on the outskirts of Ouarzazate. After finishing school, I moved to the United States in 1995, settling in Houston. My wife, Khadija Elomari, and I took our love for Morocco and our passion for sharing our homeland with others and created the Destination Morocco tour company. Our goal is to help with the planning of customized travel itineraries to Morocco - whether via private tour, an escorted group tour, or the more individualized FIT (Fully/Flexible Independent Travel) approach. All tour packages are handcrafted and personalized and guarantee you or your clients will experience Morocco like a native, fall in love with our country, and likely visit time and time again.

Destination Morocco Podcast was the next step in our journey and was born from a desire to help make planning a trip to Morocco easier and more fun for future visitors. On each episode, you will join me as we explore my country's distinct culture, vibrant history, and stunning attractions. Through speaking with locals and guides, you will learn the best ways to travel from place to place, what to expect at each location, and how to make the most of each day. We will discuss everything from high-end travel to budget-travel, how to stay safe (especially for female travelers), how to bargain and the kinds of scams to look out for in the bazaars, and so much more. Each Destination Morocco episode will introduce you to another aspect of the real, authentic Morocco, unpacking the mystery of this amazing land. We will be releasing new episode twice month, on the 1st and on the 15th. 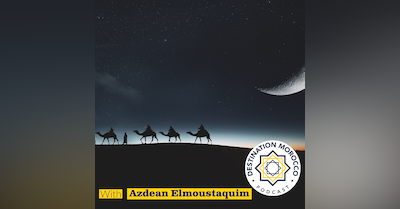 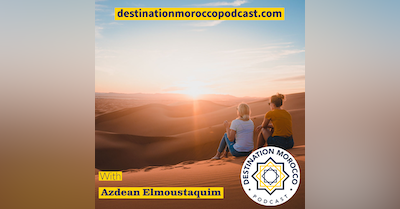